No items found.
visit store
Product is not available in this quantity.

According to Dr. Sebi and so many other researchers; Iron is one of the most important minerals in the human body which assists with the transportation of oxygen to the entire body, especially to the brain.. in fact; our blood is made mainly of Iron.

Iron deficiency is the most common and widespread nutritional disorder in the world, which affects a large number of children and women in developing countries. It is the only nutrient deficiency that’s significantly prevalent in industrialized countries. The numbers are staggering: 2 billion people, over 30% of the world’s population, are anemics, many due to iron deficiency. In less fortunate areas, this is frequently attributed to infectious diseases such as malaria, HIV/AIDS, hookworm infestation, schistosomiasis and tuberculosis.

Iron is the only mineral on the earth that is magnetic so it helps the body to absorb other minerals such as chromium, magnesium, zinc, gold, calcium, phosphorus, etc. Iron helps to fight inflammations, also shrink and eventually remove tumors. A deficiency of iron can cause a multitude of diseases to arise, such as diabetes, low immune functions and low energy levels. Low levels of iron can also lead to poor brain functions, skin wrinkling and many other diseases.

The most common signs of iron deficiency:

We at New Life Natural Vegetation Cell Food offer the Iron Plus formula with more than 12 of the most powerful plants on the planet because of their high iron content. Our Iron is 100% plan base which assimilate into the body WITHOUT causing CONSTIPATION.

Mentioned in this story 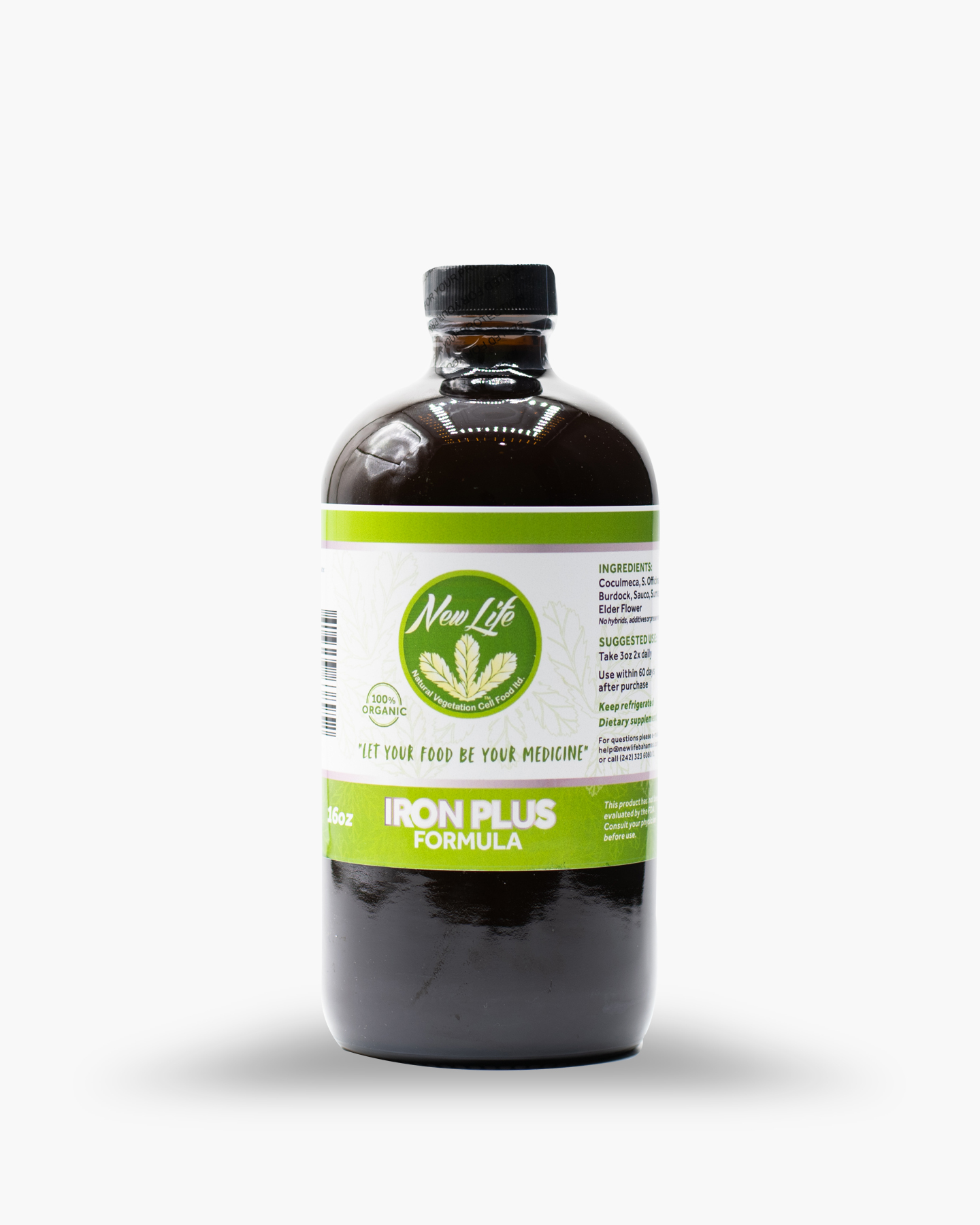 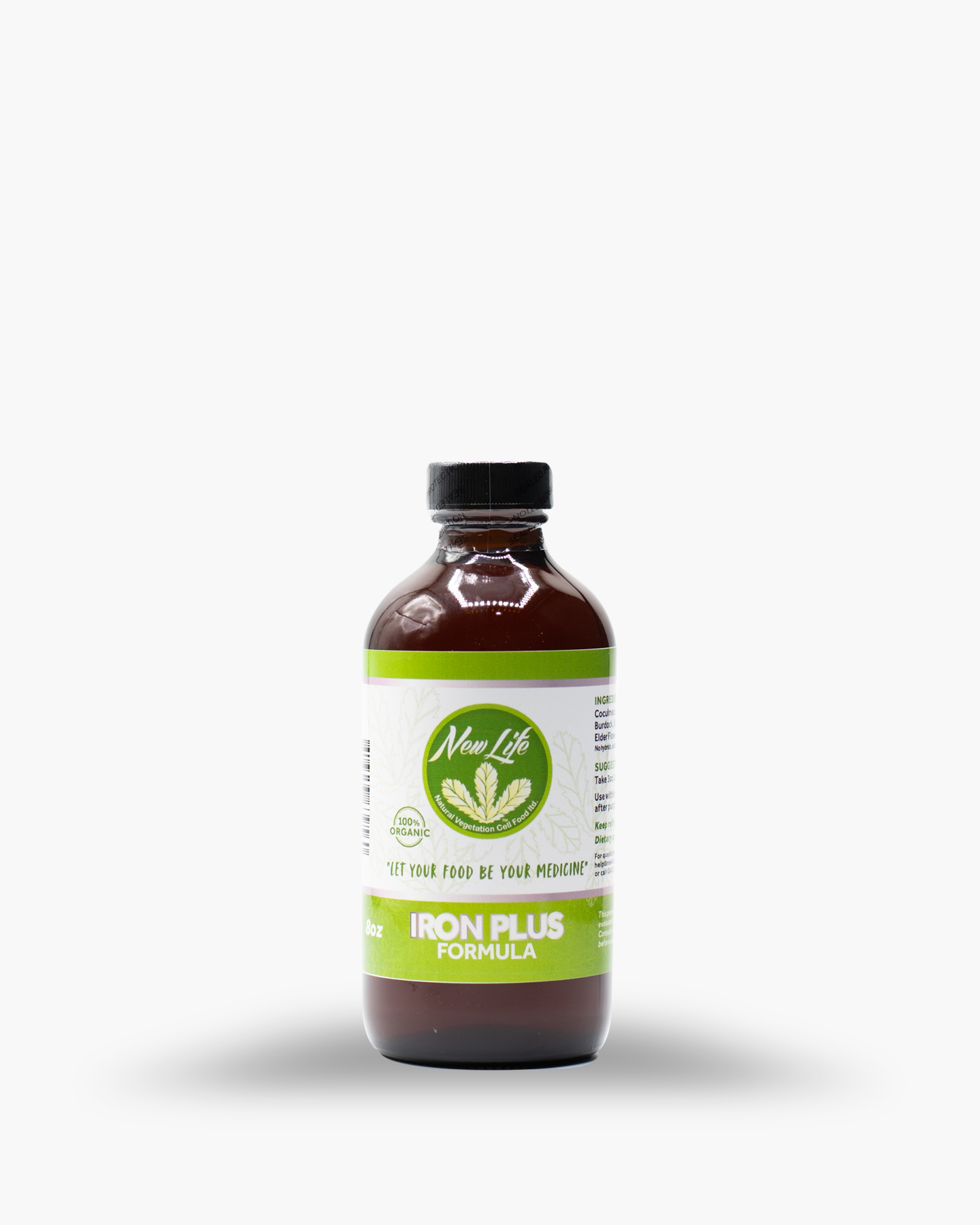 The Incredible Benefits of Sea Moss and Bladder Wrack 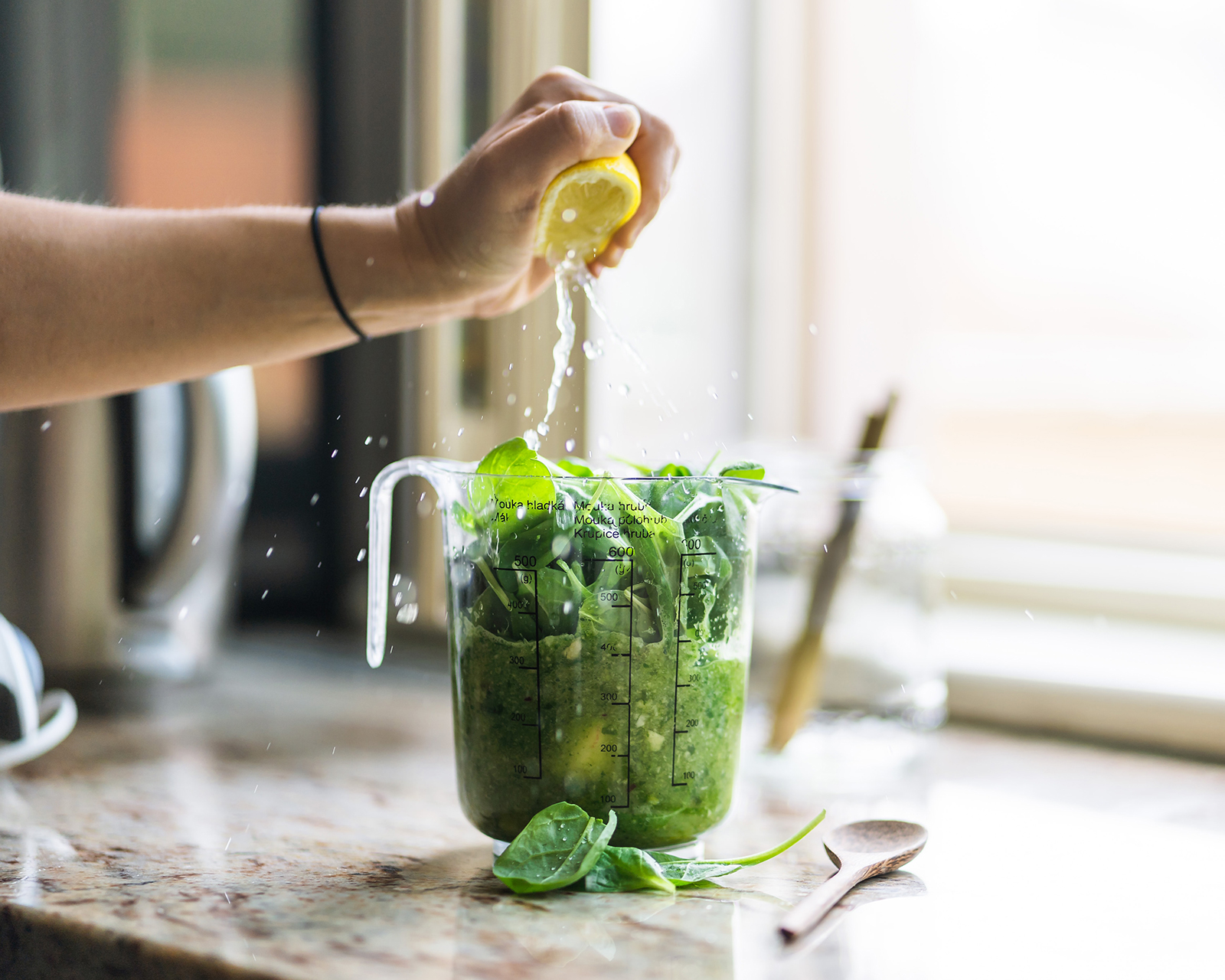 How the Right Nutrition Will Replace Depleted Minerals & Rejuvenate Your Cells

Thanks for subscribing
Oops! Something went wrong while submitting the form.